New Media, Accuracy and Balance of Power in Crises

I just read Nik Gowing’s book entitled “Skyful of Lies and Black Swans: The New Tyranny of Shifting Information Power in Crises.” The term “Black Swan” refers to sudden onset crises and the title of an excellent book on the topic by Nassim Taleb. “Skyful of Lies,” were the words used by the Burmese junta to dismiss the deluge of digital evidence of the mass pro-democracy protests  that took place in 2007. 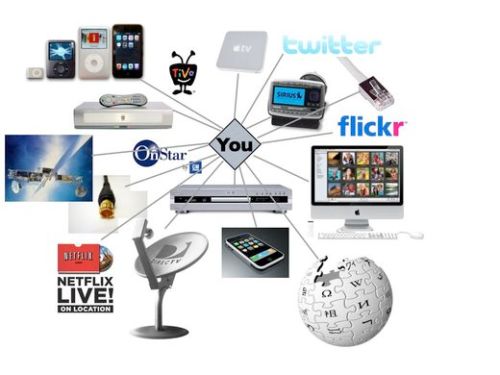 Nik packs in some very interesting content in this study, a lot of which is directly relevant to my dissertation research and consulting work. He describes the rise of new media as “having an asymmetric, negative impact on the traditional structures of power.”

Indeed, British Foreign Secretary David Miliband labeled this “shifting of power from state to citizen as the new ‘civilian surge.'” To be sure, “that ‘civilian surge’ of growing digital empowerment is forcing an enhanced level of accountability that […] is a ‘real change to democracy’.” As for authoritarian regimes, “the impact of new media technologies has been shown to be as potentially ‘subversive’ as for highly developed democratic states.”

Time Lines out of Sync

Nik notes that the time lines of media action and institutional reaction are increasingly out of sync. “The information pipelines facilitated by the new media can provide information and revelations within minutes. But the apparatus of government, the military or the corporate world remain conditioned to take hours.”

Take for example, the tube and train bombings in London, 2005. During the first three hours following the incidents, the official government line was that an accidental power surge had caused the catastrophe. Meanwhile, some 1,300 blog posts were written within just 80 minutes of the terrorist attack which pointed to explosive devices as the cause. “The content of the real-time reporting of 20,000 emails, 3,000 text messages, 1,000 digital images and 20 video clips was both dramatic and largely correct.”

I find the point about accuracy particularly interesting. According to Nik, the repeated warnings that new media and user-generated content (UGC) cannot be trusted “does not seem to apply in a major crisis.”

“Far from it. The accumulated evidence is that the asymmetric torrent of overwhelming ‘amateur’ inputs from the new generators of content produces largely accurate, if personalized, information in real time. It may be imperfect and incomplete as the crisis time line unfolds.

There is also the risk of exaggeration or downright misleading ‘reporting’. But the impact is profound. Internal BBC research discovered that audiences are understanding if errors or exaggerations creep in by way of such information doer material, as long as they are sourced and later corrected.

In addition, the concept of trust can ‘flex’ in a crisis. Trust does not diminish as long as the ongoing levels of doubt or lack of certainty are always made clear. It is about ‘doing your best in [a] world where speed and information are the keys’. But the research concluded that the BBC needed to do more work to analyze the implications of the UGC phenomenon for accuracy, speed, personalization, dialogue and trust. That challenge is the same for all traditional media organizations.

Nik describes the onslaught of new media as the low tech empowerment of the media space. During the Burma protests of 2007, “the ad hoc community of risk-taking information doers became empowered. Those undisputed and widely corroborated images swiftly challenged the authority and claims of the regime.” 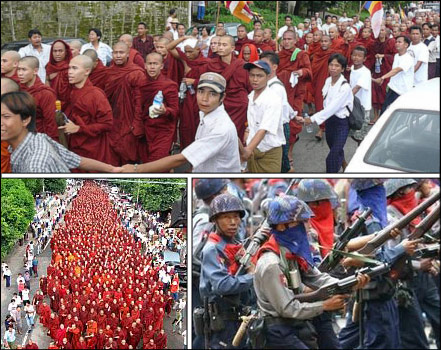 During the aftermath of Cyclone Nargis, both foreign journalists and aid agencies were forbidden from entering the country. But one producer and camera operator from a major news organization “managed to enter the country on tourist visas. Before being arrested and deported they evaded security checks and military intelligence to record vivid video that confirmed the terrible impact and human cost of the cyclone. Hiding in ditches they beamed it out of the country on a new tiny, portable Bgan satellite uplink carried in a hiker’s backpack.”

This is definitely an example of the “asymmetric, negative impact on the traditional structures of power,” that Nik refers to in his introduction. Question is, how much of a threat does this asymmetry pose to repressive regimes? That is one of the fundamental questions I pose in my dissertation research.

6 responses to “New Media, Accuracy and Balance of Power in Crises”