I’ve been meaning to blog about this project since it was featured on BBC last month: “Mobile Phones Help to Target Disaster Aid, says Study.” I’ve since had the good fortune of meeting Linus Bengtsson and Xin Lu, the two lead authors of this study (PDF), at a recent strategy meeting organized by GSMA. The authors are now launching “Flowminder” in affiliation with the Karolinska Institutet in Stockholm to replicate their excellent work beyond Haiti. If “Flowminder” sounds familiar, you may be thinking of Hans Rosling’s “Gapminder” which also came out of the Karolinska Institutet. Flowminder’s mission: “Providing priceless information for free for the benefit of those who need it the most.” 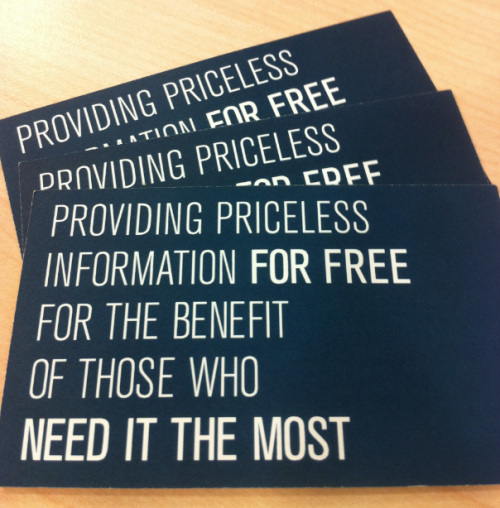 As the authors note, “population movements following disasters can cause important increases in morbidity and mortality.” That is why the UN sought to develop early warning systems for refugee flows during the 1980’s and 1990’s. These largely didn’t pan out; forecasting is not a trivial challenge. Nowcasting, however, may be easier. That said, “no rapid and accurate method exists to track population movements after disasters.” So the authors used “position data of SIM cards from the largest mobile phone company in Haiti (Digicel) to estimate the magnitude and trends of population movements following the Haiti 2010 earthquake and cholera outbreak.”

The geographic locations of SIM cards were determined by the location of the mobile phone towers that SIM cards were connecting to when calling. The authors followed the daily positions of 1.9 million SIM cards for 42 days prior to the earthquake and 158 days following the quake. The results of the analysis reveal that an estimated 20% of the population in Port-au-Prince left the city within three weeks of the earthquake. These findings corresponded well with of a large, retrospective population based survey carried out by the UN. 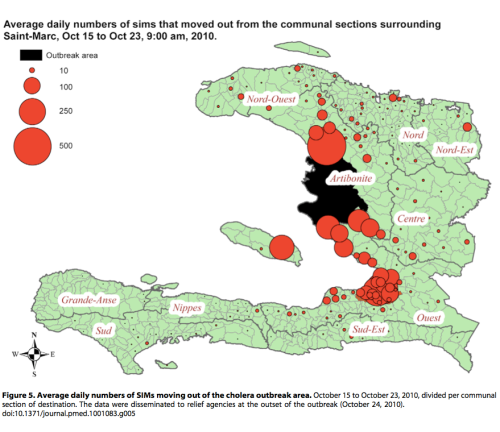 “To demonstrate feasibility of rapid estimates and to identify areas at potentially increased risk of outbreaks,” the authors “produced reports on SIM card move-ments from a cholera outbreak area at its immediate onset and within 12 hours of receiving data.” This latter analysis tracked close to 140,000 SIM cards over an 8 day period. In sum, the “results suggest that estimates of population movements during disasters and outbreaks can be delivered rapidly and with potentially high validity in areas with high mobile phone use.”

I’m really keen to see the Flowminder team continue their important work in and beyond Haiti. I’ve invited them to present at the International Conference of Crisis Mappers (ICCM 2011) in Geneva next month and hope they’ll be able to join us. I’m interested to explore the possibilities of combining this type of data and analysis with crowdsourced crisis information and satellite imagery analysis. In addition, mobile phone data can also be used to estimate the hardest hit areas after a disaster. For more on this, please see my previous blog post entitled “Analyzing Call Dynamics to Assess the Impact of Earthquakes” and this post on using mobile phone data to assess the impact of building damage in Haiti.