Social media is increasingly used for communicating during crises. This rise in Big (Crisis) Data means that finding the proverbial needle in the growing haystack of information is becoming a major challenge. Social media use during Hurricane Sandy produced a “haystack” of half-a-million Instagram photos and 20 million tweets. But which of these were actually relevant for disaster response and could they have been detected in near real-time? The purpose of QCRI’s experimental Twitter Dashboard for Disaster Response project is to answer this question. But what about the credibility of the needles in the info-stack?

To answer this question, our Crisis Computing Team at QCRI has partnered with the Social Computing & Artificial Intelligence Lab at the Masdar Institute of Science and Technology. This applied research project began with a series of conversations in mid-2012 about DARPA’s Red Balloon Challenge. This challenge posted in 2009 offered $40K to the individual or team that could find the correct location of 10 red weather balloons discretely placed across the continental United States, an area covering well over 3 million square miles (8 million square kilometers). My friend Riley Crane at MIT spearheaded the team that won the challenge in 8 hours and 52 minutes by using social media.

Riley and I connected right after the Haiti Earthquake to start exploring how we might apply his team’s winning strategy to disaster response. But we were pulled in different directions due to PhD & post-doc obligations and start-up’s. Thank-fully, however, Riley’s colleague Iyad Rahwan got in touch with me to continue these conversations when I joined QCRI. Iyad is now at the Masdar Institute. We’re collaborating with him and his students to apply collective intelligence insights from the balloon to address the problem of false or misleading content shared on social media during  disasters. 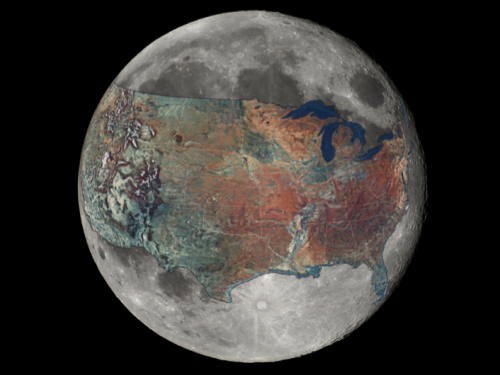 If 10 balloons planted across 3 million square miles can be found in under 9 hours, then surely the answer to the question “Did Hurricane Sandy really flood this McDonald’s in Virginia?” can be found in under 9 minutes given that  Virginia is 98% smaller than the “haystack” of the continental US. Moreover, the location of the restaurant would already be known or easily findable. The picture below, which made the rounds on social media during the hurricane is in reality part of an art exhibition produced in 2009. One remarkable aspect of the social media response to Hurricane Sandy was how quickly false information got debunked and exposed as false—not only by one good (digital) Samaritan, but by several. 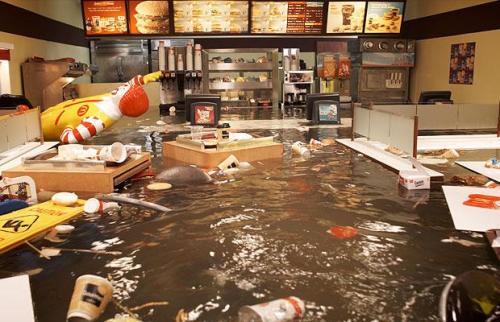 Having access to accurate information during a crisis leads to more targeted self-organized efforts at the grassroots level. Accurate information is also important for emergency response professionals. The verification efforts during Sandy were invaluable but disjointed and confined to the efforts of a select few individuals. What if thousands could be connected and mobilized to cross-reference and verify suspicious content shared on social media during a disaster?

Say an earthquake struck Santiago, Chile a few minutes ago and contradictory reports begin to circulate on social media that the bridge below may have been destroyed. Determining whether transportation infrastructure is still useable has important consequences for managing the logistics of a disaster response opera-tion. So what if instead of crowdsourcing the correct location of  balloons across an entire country, one could crowdsource the collection of evidence in just one city struck by a disaster to determine whether said bridge had actually been destroyed in a matter of minutes? 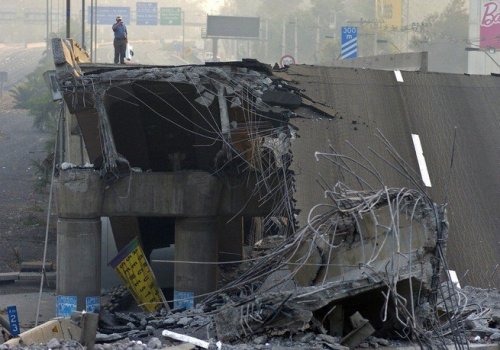 To answer these questions, QCRI and Masdar have launched an experimental  platform called Verily. We are applying best practices in time-critical crowd-sourcing coupled with gamification and reputation mechanisms to leverage the good will of (hopefully) thousands of digital Samaritans during disasters. This is experimental research, which means it may very well not succeed as envisioned. But that is a luxury we have at QCRI—to innovate next-generation humanitarian technologies via targeted iteration and experimentation. For more on this project, our concept paper is available as a Google Doc here. We invite feedback and welcome collaborators.

In the meantime, we are exploring the possibility of integrating the InformCam mobile application as part of Verily. InformaCam adds important metadata to images and videos taken by eyewitnesses. “The metadata includes information like the user’s current GPS coordinates, altitude, compass bearing, light meter readings, the signatures of neighboring devices, cell towers, and wifi net-works; and serves to shed light on the exact circumstances and contexts under which the digital image was taken.” We are also talking to our partners at MIT’s Computer Science & Artificial Intelligence Lab in Boston about other mobile solutions that may facilitate the use of Verily.

Again, this is purely experimental and applied research at this point. We hope to have an update on our progress in the coming months.