Social media is used to monitor and predict all kinds of social, economic, political and health-related behaviors these days. Could social media also help identify more disaster resilient communities? Recent empirical research reveals that social capital is the most important driver of disaster resilience; more so than economic and material resources. To this end, might a community’s social media footprint indicate how resilience it is to disasters? After all, “when extreme events at the scale of Hurricane Sandy happen, they leave an unquestionable mark on social media activity” (1). Could that mark be one of resilience? 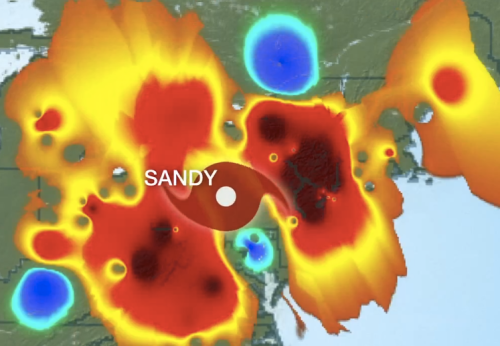 In the immediate aftermath of a disaster, “social ties can serve as informal insurance, providing victims with information, financial help and physical assistance” (2). This informal insurance, “or mutual assistance involves friends and neighbors providing each other with information, tools, living space, and other help” (3). At the same time, social media platforms like Twitter are increasingly used to communicate during crises. In fact, data driven research on tweets posted during disasters reveal that many tweets provide victims with information, help, tools, living space, assistance and other more. Recent studies argue that “such interactions are not necessarily of inferior quality compared to simultaneous, face-to-face interactions” (4). What’s more, “In addition to the preservation and possible improvement of existing ties, interaction through social media can foster the creation of new relations” (5). Meanwhile, and “contrary to prevailing assumptions, there is evidence that the boom in social media that connects users globally may have simultaneously increased local connections” (6).

A recent study of 5 billion tweets found that Japan, Canada, Indonesia and South Korea have highest percentage of reciprocity on Twitter (6). This is important because “Network reciprocity tells us about the degree of cohesion, trust and social capital in sociology” (7). In terms of network density, “the highest values correspond to South Korea, Netherlands and Australia.” The findings further reveal that “communities which tend to be less hierarchical and more reciprocal, also displays happier language in their content updates. In this sense countries with high conversation levels … display higher levels of happiness too” (8).

A related study found that the language used in tweets can be used to predict the subjective well-being of those users (9). The same analysis revealed that the level of happiness expressed by Twitter users in a community are correlated with members of that same community who are not on social media. Data-driven studies on happiness also show that social bonds and social activities are more conducive to happiness than financial capital (10). Social media also includes blogs. A new study analyzed more than 18.5 million blog posts found that “bloggers with lower social capital have fewer positive moods and more negative moods [as revealed by their posts] than those with higher social capital” (11). 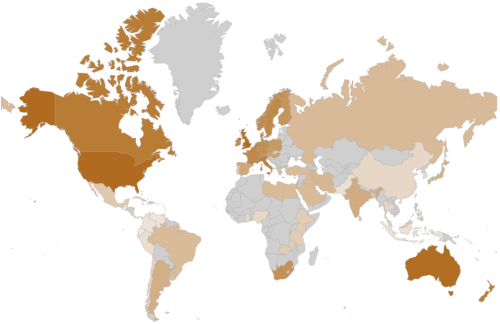 In sum, one should be able to measure “digital social capital” and thus disaster resilience by analyzing social media networks before, during and after disasters. “These disaster responses may determine survival, and we can measure the likelihood of them happening” via digital social capital dynamics reflected on social media (14). One could also combine social network analysis with sentiment analysis to formulate various indexes. Anyone interested in pursuing this line of research?