Results of the Crowdsourced Search for Malaysia Flight 370 (Updated)

Update: More than 3 million volunteers thus far have joined the crowdsourcing efforts to locate the missing Malaysian Airlines plane. These digital volunteers have viewed over a quarter-of-a-billion micro-maps and have tagged almost 3 million features in these satellite maps. Source of update.

Malaysian authorities have now gone on record to confirm that Flight 370 was hijacked, which reportedly explains why contact with the passenger jet abruptly ceased a week ago. The Search & Rescue operations now involve 13 countries around the world and over 100 ships, helicopters and airplanes. The costs of this massive operation must easily be running into the millions of dollars. 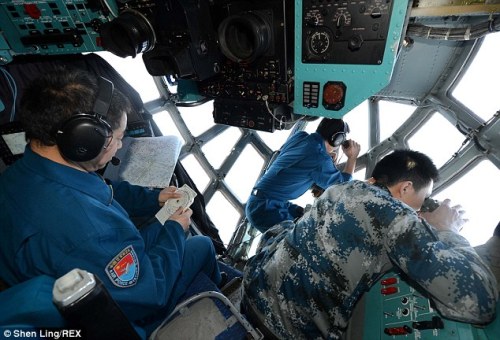 Meanwhile, a free crowdsourcing platform once used by digital volunteers to search for Genghis Khan’s Tomb and displaced populations in Somalia (video below) has been deployed to search high-resolution satellite imagery for signs of the missing airliner. This is not the first time that crowdsourced satellite imagery analysis has been used to find a missing plane but this is certainly the highest profile operation yet, which may explain why the crowdsourcing platform used for the search (Tomnod) reportedly crashed for over a dozen of hours since the online search began. (Note that Zooniverse can easily handle this level of traffic). Click on the video below to learn more about the crowdsourced search for Genghis Khan and displaced peoples in Somalia.

Having current, high-resolution satellite imagery is almost as good as having your own helicopter. So the digital version of these search operations includes tens of thousands of digital helicopters, whose virtual pilots are covering over 2,000 square miles of Thailand’s Gulf right from their own computers. They’re doing this entirely for free, around the clock and across multiple time zones. This is what Digital Humanitarians have been doing ever since the 2010 Haiti Earthquake, and most recently in response to Typhoon Yolanda.

Tomnod has just released the top results of the crowdsourced digital search efforts, which are displayed in the short video below. Like other microtasking platforms, Tomnod uses triangulation to calculate areas of greatest consensus by the crowd. This is explained further here. Note: The example shown in the video is NOT a picture of Flight 370 but perhaps of an airborne Search & Rescue plane.

While looking for evidence of the missing airliner is like looking for the proverbial needle in a massive stack of satellite images, perhaps the biggest value-added of this digital search lays in identifying where the aircraft is most definitely not located—that is, approaching this crowdsourced operation as a process of elimination. Professional imagery analysts can very easily and quickly review images tagged by the crowd, even if they are mistakenly tagged as depicting wreckage. In other words, the crowd can provide the first level filter so that expert analysts don’t waste their time looking at thousands of images of bare oceans. Basically, if the mandate is to leave no stone unturned, then the crowd can do that very well.

In sum, crowdsourcing can reduce the signal to noise ratio so that experts can focus more narrowly on analyzing the potential signals. This process may not be perfect just yet but it can be refined and improved. (Note that professionals also get it wrong, like Chinese analysts did with this satellite image of the supposed Malaysian airliner).

If these digital efforts continue and Flight 370 has indeed been hijacked, then this will certainly be the first time that crowdsourced satellite imagery analysis is used to find a hijacked aircraft. The latest satellite imagery uploaded by Tomnod is no longer focused on bodies of water but rather land. The blue strips below (left) is the area that the new satellite imagery covers.

Some important questions will need to be addressed if this operation is indeed extended. What if the hijackers make contact and order the cessation of all offline and online Search & Rescue operations? Would volunteers be considered “digital combatants,” potentially embroiled in political conflict in which the lives of 227 hostages are at stake?

Note: The Google Earth containing the top results of the search is available here.