How to Counter Rumors and Prevent Violence Using UAVs

The Sentinel Project recently launched their Human Security UAV program in Kenya’s violence-prone Tana Delta to directly support Una Hakika (“Are You Sure”). Hakika is an information service that serves to “counteract malicious misinformation [disinformation] which has been the trigger for recent outbreaks of violence in the region.” While the Tana Delta is one of Kenya’s least developed areas, both “mobile phone and internet usage is still surprisingly high.” At the same time, misinformation has “played a significant role in causing fear, distrust and hatred between communities” because the Tana Delta is perhaps parado-xically also an “information-starved environment in which most people still rely on word-of-mouth to get news about the world around them.”

In other words, there are no objective, authoritative sources of information per se, so Una Hakika (“Are You Sure”) seeks to be the first accurate, neutral and reliable source of information. Una Hakika is powered by a dedicated toll-free SMS short code and an engaged, trusted network of volunteer ambassadors. When the team receives a rumor verification request via SMS, they proceed to verify the rumor and report the findings back (via SMS) to the community. This process involves “gathering a lot of information from various different sources and trying to make sense of it […]. That’s where WikiRumours comes in as our purpose-built software for managing the Una Hakika workflow.” 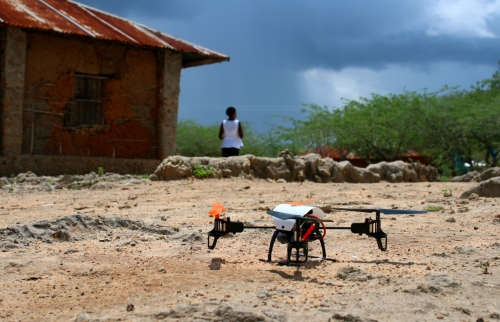 A year after implementing the project, the Sentinel team carried out a series of focus groups to assess impact The findings are particularly encouraging. In a way, the Sentinel team has formalized and stream-lined the organic verification process I describe here: How To Use Technology To Counter Rumors During Crises: Anecdotes from Kyrgyzstan. So where do UAVs come in?

The Sentinel team recently introduced the use of UAVs to support Una Hakika’s verification efforts and will be expanding the program to include a small fleet of multi-rotor and fixed wing platforms. Before piloting this new technology, the team carried out research to better understand local perceptions around UAVs (also referred to as Unmanned Aerial Systems, UAS):

“Common public opinion concerns in places like Europe and North America relate to the invasion of privacy, misuse by government or law enforcement, a related concern about an overbearing security state, and fears of an aviation disaster. Concerns found among residents of the Tana Delta revolve around practical issues such as whether the UAS-mounted camera would be powerful enough to be useful, how far such systems can operate, whether they are hampered by weather, how quickly a drone can be deployed in an emergency, and who will be in physical possession of the system.”

“For the most part, they [local residents] are genuinely curious, have a plethora of questions about the implementation of UAS in their communities, and are enthusiastic about the many possibilities. This genuine technological optimism makes the Tana Delta a likely site for one of the first programs of its kind. The Sentinel Project is conducting its UAS operations with the policy of ‘progress through caution,’ which seeks to engage communities within the proposed deployment while offering complete transparency and involvement but always emphasizing exposure to (and demonstration of) systems in the field with the people who have the potential to benefit from these initiatives. This approach has been extremely well received & has already resulted in improvements to implementation.”

While Una Hakika’s verification network includes hundreds of volunteer ambassadors, they can’t be everywhere at the same time. As the Sentinel team mentioned during one of our recent conversations, there are some places that simply can’t be reached by foot reliably. In addition, the UAVs can operate both day and night; wandering around at night can be dangerous for Una Hakika’s verification ambassadors. The Sentinel team thus plans to add InfraRed, thermal imaging capabilities to the UAVs. The core of the program will be to use UAVs to set up perimeter security areas around threatened communities. In addition, the program can address other vectors which have led to recent violence: using the UAVs to help find lost (potentially stolen) cattle, track crop health, and monitor contested land use. The team mentioned that the UAVs could also be used to support search and rescue efforts during periods of drought and floods. 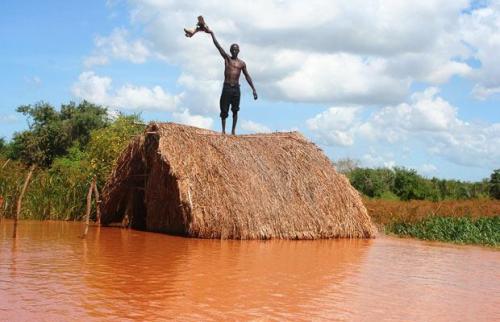 Lastly, they’ve started discussing the use of UAVs for payload transportation. For example, UAVs could deliver medical supplies to remote villages that have been attacked. After all, the World Health Organization (WHO) is already using UAVs for this purpose. With each of these applications, the Sentinel team clearly emphasizes that the primary users and operators of the UAVs must be the local staff in the region. “We believe that successful technology driven programs must not only act as tools to serve these communities but also allow community members to have direct involvement in their use”.

As the Sentinel team rightly notes, their approach helps to “counteract the paralysis which arises from the unknowns of a new endeavour when studied in a purely academic setting. The Sentinel Project team believes that a cautious but active strategy of real-world deployments will best demonstrate the value of such programs to governments and global citizens.” This very much resonates with me, which is why I am pleased to serve on the organization’s Advisory Board.