The dengue fever outbreak in Fiji in 2014 was one of the region’s largest known outbreaks of the mosquito-borne infection. Scientists studying the outbreak believe climate change was a contributing factor: more flooding results in more areas of standing water for longer periods—perfect breeding grounds for mosquitos. According to the World Health Organization’s Regional Office, the islands of the South Pacific are “some of the most vulnerable places on the planet to health effects of climate change.” Unfortunately, existing tools to control these mosquitoes such as insecticide spraying are not efficient and have failed to eliminate dengue as a public health concern. Worldwide, an estimated 390 million human dengue infections occur every year. This explains why ministries of health in the South Pacific expect larger outbreaks. In fact, Fiji experienced another outbreak of dengue fever this year, which once again prompted urgent calls for more effective and preventative solutions.

One such solution may be the use of Wolbachia-treated mosquitos. Wolbachia is a naturally occurring bacteria that prevents mosquitos from transmitting diseases like Zika and dengue. This explains why our partners at the World Mosquito Program (WMP) and the Ministry of Health and Medical Services have been releasing Wolbachia-carrying mosquitos in Fiji. This is done be driving around a town or village with canisters of Wolbachia mosquitoes (W-mosquitoes for short). The driver pulls over by the side of the road every few minutes to release one canister at a time. Over time, Wolbachia becomes established in the local mosquito population. When most of the mosquito population have Wolbachia, local communities in Fiji should be at lower risk of getting dengue, Zika and chikungunya.

Releasing Wolbachia mosquitos “by car” presents a number of challenges, however. First, during the rainy and cyclone seasons, many roads become unusable while pools of standing water breed more mosquitos. What’s more, mosquitos that are released by car may not be uniformly distributed over an area but rather constrained by the local road network. As such, a significant amount of work and time has to go into planning the best routes for cars given these fixed constraints. Lastly, not everyone lives next to a road and so are potentially excluded from public health interventions.

Countries in the region experience severe flooding during Cyclone season

This explains why WMP teamed up with WeRobotics earlier this year. WeRobotics engineers have been busy developing an aerial release mechanism that can be attached to a drone. Combining both the aerial and ground-based release of W-mosquitos is expected to be a lot more effective. The aerial release mechanism can store up to 160,000 W-mosquitos at 5 degrees Celsius and release 200 mosquitos at a time every 50 meters. This is enough to cover an area of four square kilometers. Aerial releases are much faster than ground releases (no traffic, stop lights, pedestrians, etc.) and, unlike cars, drones don’t burn fossil fuels. A drone can cover an area of 10km2 in a couple hours while mosquito releases by car over the same area would require several days. In addition, the use of drones provides far more homogeneous releases and better coverage. Another bonus: drone routes are much easier to plan than car routes.

A fully operational prototype of the release mechanism is currently being piloted in the South Pacific after 5 months of local community engagement and awareness raising. WeRobotics engineers have already trained local drone pilots with South Pacific Flying Labs and Drone Services Fiji on how to operate the drone and the release mechanism safely and effectively. As such, the local team at Pacific Flying Labs is now taking the lead in piloting the drone and aerial releases as part WMP’s public health intervention in Fiji.

Building local capacity is central to the mission of WeRobotics as is creating local ownership of health, humanitarian, development and environmental projects. The localization of this expertise and technology through the global Flying Labs network leads to more sustainable and impactful projects. 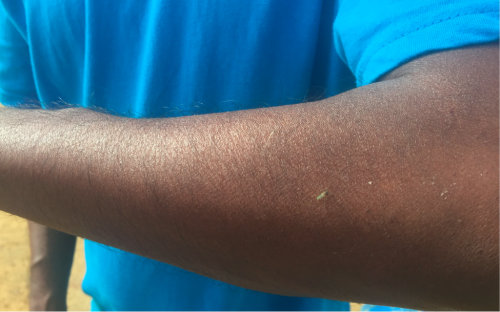 When the pilot project completes this week, South Pacific Flying Labs and partners will have released around half-a-million W-mosquitos. WMP has engaged the help of local community members to host a large network of mosquito traps across the release area to determine how widely, quickly and uniformly these mosquitos have dispersed compared to ground-released mosquitos. W-mosquitos can be distinguished from others because the former have each been dusted with yellow-colored dye. Once our friends at WMP complete their evaluation following of trial, we’ll be able to quantify the added value of complementing ground-based releases with aerial releases. Future trials will seek to optimize the release methods so that mosquito deployments can be achieved across larger areas.

South Pacific Flying Labs is funded by Australia’s Department of Foreign Affairs and Trade (DFAT). The drone component of the mosquito project is funded by the United States Agency for International Development (USAID) through the Combating Zika and Future Threats Grand Challenge. Earlier this year, WeRobotics tested the use of drones for mosquito release in Brazil using a completely different prototype release mechanism.