After the Category 5 Tornado in Oklahoma, map editors at Waze used the service to route drivers around the damage. While Uber increased their car service fares during Hurricane Sandy, they could have modified their App to encourage the shared use of Uber cars to fill unused seats. This would have taken some work, but AirBnB did modify their platform overnight to let over 1,400 kindhearted New Yorkers offer free housing to victims of the hurricane. SeeClick fix was used also to report over 800 issues in just 24 hours after Sandy made landfall. These included reports on the precise location of power outages, flooding, downed trees, downed electric lines, and other storm damage. Following the Boston Marathon Bombing, SeeClick fix was used to quickly find emergency housing for those affected by the tragedy. 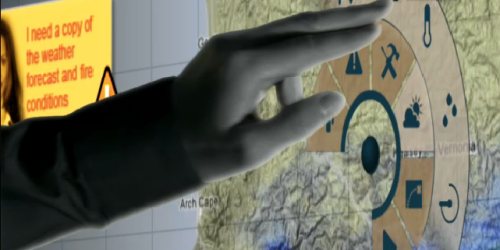 Disaster-affected populations have always been the real first responders. Paid emergency response professionals cannot be everywhere at the same time, but the crowd is always there. Disasters are collective experiences; and today, disaster-affected crowds are increasingly “digital crowds” as well—that is, both a source and consumer of that digital information. In other words, they are also the first digital responders. Thanks to connection technologies like Waze, Uber, AirBnB and SeeClickFix, disaster affected communities can self-organize more quickly than ever before since these new technologies drastically reduce the cost and time necessary to self-organize. And because resilience is a function of a community’s ability to self-organize, these new technologies can also render disaster-prone populations more resilient by fostering social capital, thus enabling them to bounce back more quickly after a crisis.

When we’re affected by disasters, we tend to use the tools that we are most familiar with, i.e. those we use on a daily basis when there is no disaster. That’s why we often see so many Facebook updates, Instagram pictures, tweets, YouTube videos, etc., posted during a disaster. The same holds true for services like Waze and AirBnB, for example. So I’m thrilled to see more examples of these platforms used as humanitarian technologies and equally heartened to know that the companies behind these tools are starting to play a more active role during disasters, thus helping people help themselves. Each of these platforms have the potential to become hyper-local match.com’s for disaster response. Facilitating this kind of mutual-aid not only builds social capital, which is critical to resilience, it also shifts the burden and pressure off the shoulders of paid responders who are often overwhelmed during major disasters.

In sum, these useful everyday technologies also serve to crowdsource and democratize disaster response. Do you know of other examples? Other everyday smartphone apps and web-based apps that get used for disaster response? If so, I’d love to know. Feel free to post your examples in the comments section below. Thanks!