I’ve spent the past week at the iLab in Liberia and got what I came for: an updated reality check on the limitations of technology adoption in developing countries. Below are some of the assumptions that I took for granted. They’re perfectly obvious in hindsight and I’m annoyed at myself for not having realized their obviousness sooner. I’d be very interested in hearing from others about these and reading their lists. This need not be limited to one particular sector like ICT for Development (ICT4D) or Mobile Health (mHealth). Many of these assumptions have repercussions across multiple disciplines.

The following examples come from conversations with my colleague Kate Cummings who directs Ushahidi Liberia and the iLab here in Monrovia. She and her truly outstanding team—Kpetermeni Siakor, Carter Draper, Luther Jeke and Anthony Kamah—spearheaded a number of excellent training workshops over the past few days. At one point we began discussing the reasons for the limited use of SMS in Liberia. There are the usual and obvious reasons. But the one hurdle I had not expected to hear was Nokia’s predictive text functionality. This feature is incredibly helpful since the mobile phone basically guesses which words you’re trying to write so you don’t have to type every single letter. 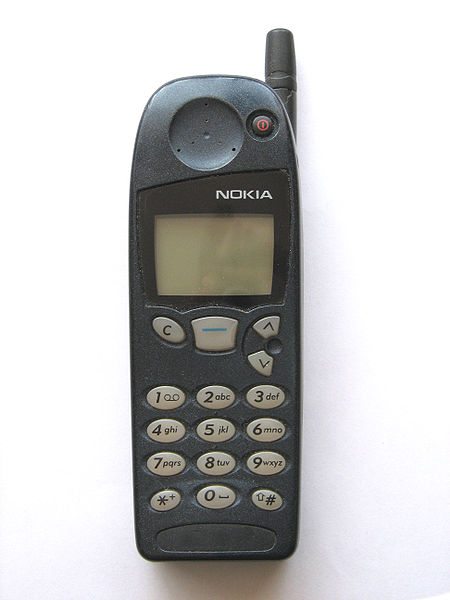 But as soon as she pointed out how confusing this can be, I immediately understood what she meant. If I had never seen or been warned about this feature before, I’d honestly think the phone was broken. It would really be impossible to type with. I’d get frustrated and give up (the tiny screen further adds to the frustration). And if I was new to mobile phones, it wouldn’t be obvious how to switch that feature off either. (There are several tutorials online on how to use the predictive text feature and how to turn it off, which clearly proves they’re not intuitive).

In one of the training workshops we just had, I was explaining what Walking Papers was about and how it might be useful in Liberia. So I showed the example below and continued talking. But Kate jumped in and asked participants: “What do you see in this picture? Do you see the trees, the little roads?” She pointed at the features as she described the individual shapes. This is when it dawned on me that there is absolutely nothing inherently intuitive about satellite images. Most people on this planet have not been on an airplane or a tall building. So why would a bird’s eye view of their village be anything remotely recognizable? I really kicked myself on that one. So I’ll write it again: there is nothing intuitive about satellite imagery. Nor is there anything intuitive about GPS and the existence of a latitude and longitude coordinate system. 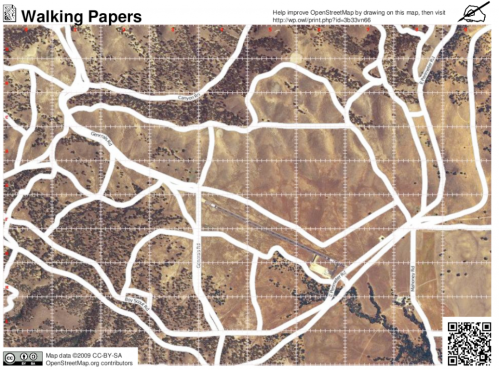 Kate went on to explain that this kind of picture is what you would see if you were flying high like a bird. That was the way I should have introduced the image but I had taken it completely for granted that satellite imagery was self-explanatory when it simply isn’t. In further conversations with Kate, she explained that they too had made that assumption early on when trying to introduce the in’s and out’s of the Ushahidi platform. They quickly realized that they had to rethink their approach and decided to provide introductory courses on Google Maps instead.

More wrong assumptions revealed themselves during the workshpos. For example, the “+” and “-” markers on Google Map are not intuitive either nor is the concept of zooming in and out. How are you supposed to understand that pressing these buttons still shows the same map but at a different scale and not an entirely different picture instead? Again, when I took a moment to think about this, I realized how completely confusing that could be. And again I kicked myself. But contrast this to an entirely different setting, San Francisco, where some friends recently told me how their five year old went up to a framed picture in their living room and started pinching at it with his fingers, the exact same gestures one would use on an iPhone to zoom in and out of a picture. “Broken, broken” is all the five year old said after that disappointing experience.

The final example actually comes from Haiti where my colleague Chrissy Martin is one of the main drivers behind the Digicel Group’s mobile banking efforts in the country. There were of course a number of expected challenges on the road to launching Haiti’s first successful mobile banking service, TchoTcho Mobile. The hurdle that I had not expected, however, had to do with the pin code. To use the service, you would enter your own personal pin number on your mobile phone in order to access your account. Seems perfectly straight forward. But it really isn’t.

The concept of a pin number is one that many of us take completely for granted. But the idea is often foreign to many would-be users of mobile banking services and not just in Haiti. Think about it: all one has to do to access all my money is to simply enter four numbers on my phone. That does genuinely sound crazy to me at a certain level. Granted, if you guess the pin wrong three times, the phone gets blocked and you have to call TchoTcho’s customer service. But still, I can understand the initial hesitation that many users had. When I asked Chrissy how they overcame the hurdle, her answer was simply this: training. It takes time for users to begin trusting a completely new technology.

So those are some of the assumptions I’ve gotten wrong. I’d be grateful if readers could share theirs as there must be plenty of other assumptions I’m making which don’t fit reality. Incidentally, I realize that emerging economies vary widely in technology diffusion and adoption—not to mention sub-nationally as well. This is why having the iLab in Liberia is so important. Identifying which assumptions are wrong in more challenging environments is really important if our goal is to use technology to help contribute meaningfully to a community’s empowerment, development and independence.