Comparing the Quality of Crisis Tweets Versus 911 Emergency Calls

In 2010, I published this blog post entitled “Calling 911: What Humanitarians Can Learn from 50 Years of Crowdsourcing.” Since then, humanitarian colleagues have become increasingly open to the use of crowdsourcing as a methodology to  both collect and process information during disasters.  I’ve been studying the use of twitter in crisis situations and have been particularly interested in the quality, actionability and credibility of such tweets. My findings, however, ought to be placed in context and compared to other, more traditional, reporting channels, such as the use of official emergency telephone numbers. Indeed, “Information that is shared over 9-1-1 dispatch is all unverified information” (1). 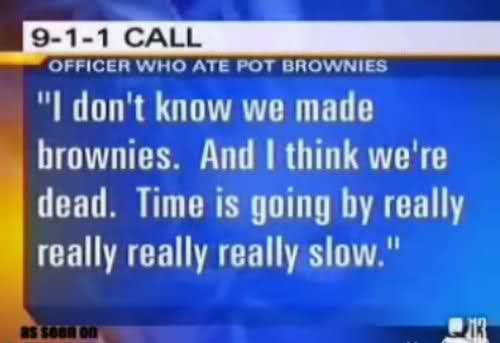 I also came across the table below in this official report (PDF) published in 2011 by the European Emergency Number Association (EENA). The Greeks top the chart with a staggering 99% of all emergency calls turning out to be false/hoaxes, while Estonians appear to be holier than the Pope with less than 1% of such calls. 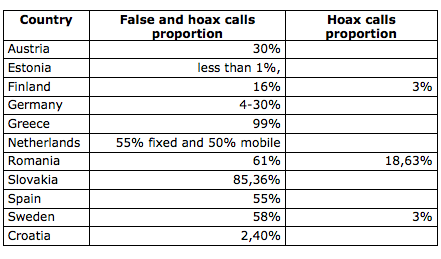 Point being: despite these “data quality” issues, European law enforcement agencies have not abandoned the use of emergency phone numbers to crowd-source the reporting of emergencies. They are managing the challenge since the benefit of these number still far outweigh the costs. This calculus is unlikely to change as law enforcement agencies shift towards more mobile-based solutions like the use of SMS for 911 in the US. This important shift may explain why tra-ditional emergency response outfits—such as London’s Fire Brigade—are putting in place processes that will enable the public to report via Twitter.

For more information on the verification of crowdsourced social media informa-tion for disaster response, please follow this link.