I was recently introduced to a new initiative that seeks to empower grassroots communities to deploy their own low-cost xUAVs. The purpose of this initiative? To support locally-led disaster response efforts and in so doing transfer math, science and engineering skills to local communities. The “x” in xUAV refers to expendable. The initiative is a partnership between California State University (Long Beach), University of Hawaii, Embry Riddle, The Philippine Council for Industry, Energy & Emerging Technology Research & Development, Skyeye, Aklan State University and Ateneo de Manila University in the Philippines. The team is heading back to the Philippines next week for their second field mission. This blog post provides a short overview of the project’s approach and the results from their first mission, which took place during December 2013-February 2014. 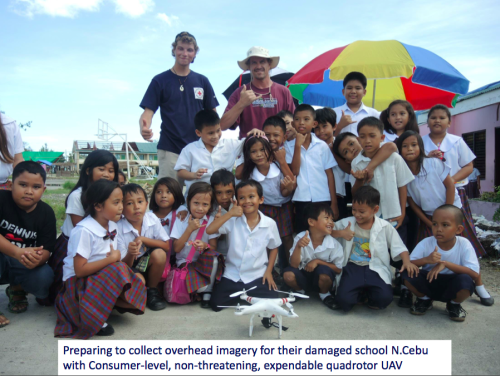 The xUAV team is specifically interested in a new category of UAVs, those that are locally available, locally deployable, low-cost, expendable and extremely easy to use. Their first field mission to the Philippines focused on exploring the possibilities. The pictures above/below (click to enlarge) were kindly shared by the Filipinos engaged in the project—I am very grateful to them for allowing me to share these publicly. Please do not reproduce these pictures without their written permission, thank you. 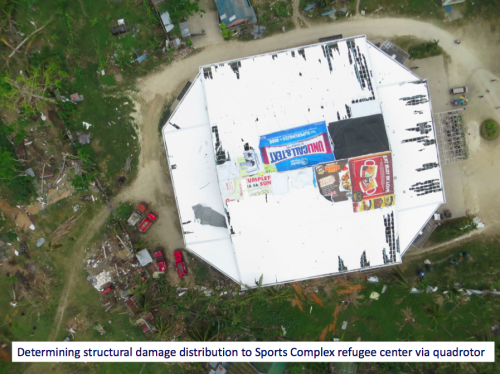 I spoke at length with one of the xUAV team leads, Ted Ralston, who is heading back to the Philippines the second field mission. The purpose of this follow up visit is to shift the xUAV concept from experimental to deployable. One area that his students will be focusing on with the University of Manila is the development of a very user-friendly interface (using a low-cost tablet) to pilot the xUAVs so that local communities can simply tag way-points on a map that the xUAV will then automatically fly to. Indeed, this is where civilian UAVs are headed, full automation. A good example of this trend towards full automation is the new DroidPlanner 2.0 App just released by 3DRobotics. This free app provides powerful features to very easily plan autonomous flights. You can even create new flight plans on the fly and edit them onsite. 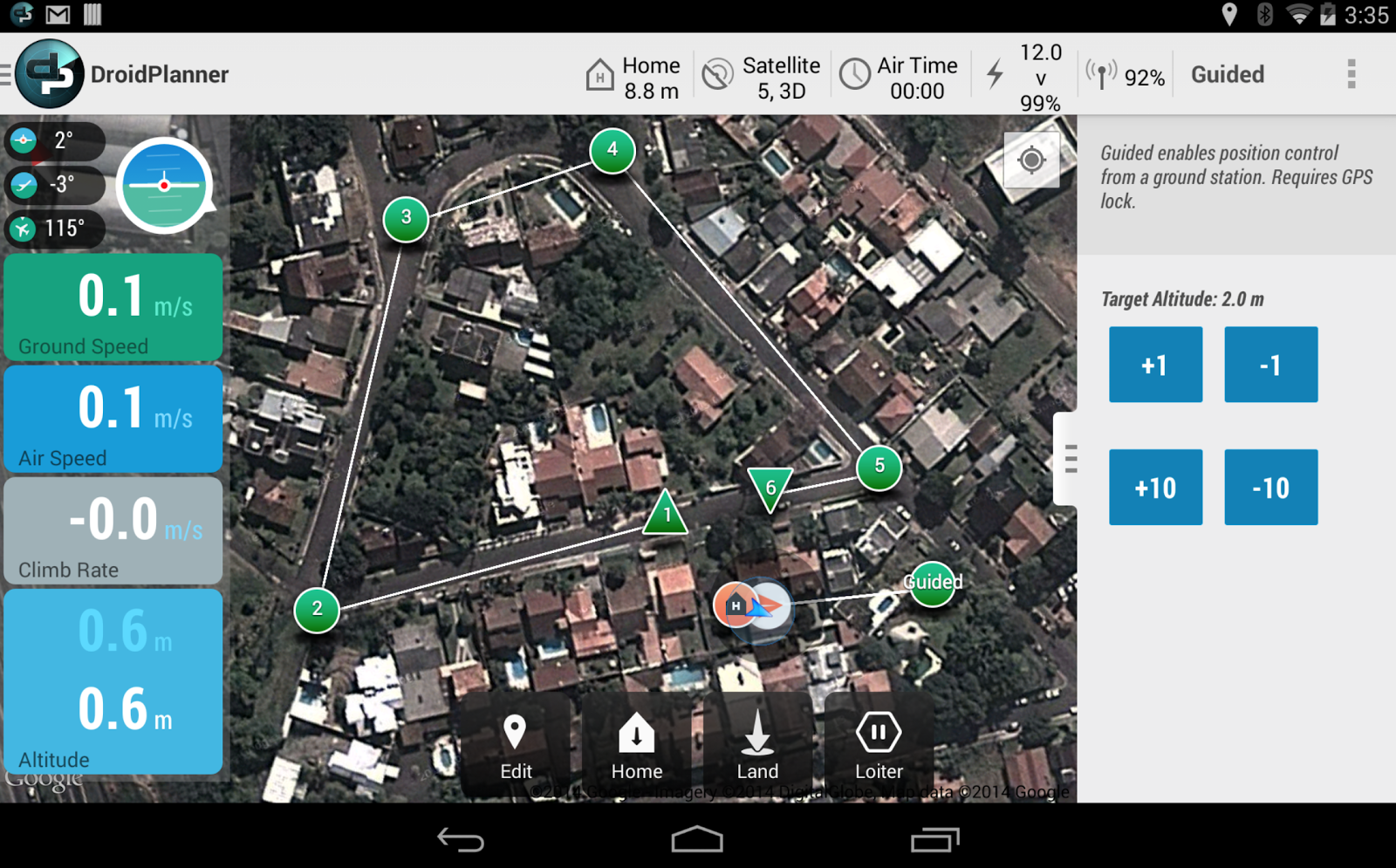 So the xUAV team will focus on developing software for automated take-off and landing as well as automated adjustments for wind conditions when the xUAV is airborne, etc. The software will also automatically adjust the xUAV’s flight parameters for any added payloads. Any captured imagery would then be made easily viewable via touch-screen directly from the low-cost tablet. 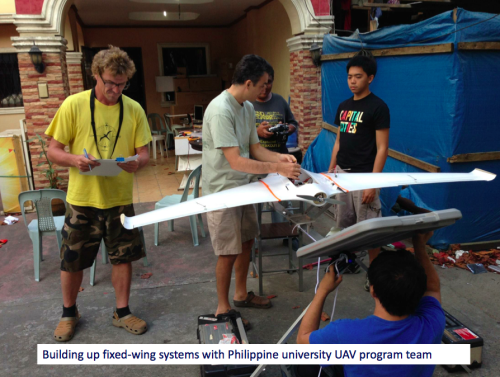 One of the team’s top priorities throughout this project is to transfer their skills to young Filipinos, given them hands on training in science, math and engineering. An equally important, related priority, is their focus on developing local partnerships with multiple partners. We’re familiar with ideas behind Public Participatory GIS (PPGIS) vis-a-vis the participatory use of geospatial information systems and technologies. The xUAV team seeks to extend this grassroots approach to Public Participatory UAVs. 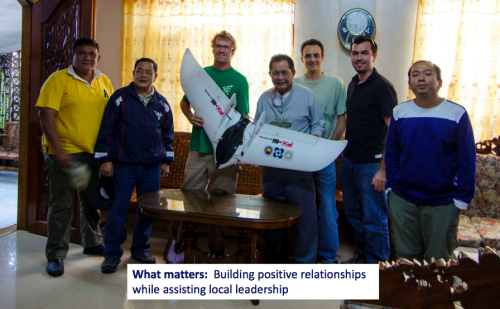 I’m supporting this xUAV initiative in a number of ways and will be uploading the team’s UAV imagery (videos & still photos) from their upcoming field mission to MicroMappers for some internal testing. I’m particularly interested in user-generated (aerial) content that is raw and not pre-processed or stitched together, however. Why? Because I expect this type of imagery to grow in volume given the very rapid growth of the personal micro-UAV market. For more professionally produced and stitched-together aerial content, an ideal platform is Humanitarian OpenStreetMap’s Tasking Server, which is tried and tested for satellite imagery and which was recently used to trace processed UAV imagery of Tacloban.

I look forward to following the xUAV team’s efforts and hope to report on the outcome of their second field mission. The xUAV initiative fits very nicely with the goals of the Humanitarian UAV Network (UAViators). We’ll be learning a lot in the coming weeks and months from our colleagues in the Philippines.