I was in Fiji earlier this month to work on a number of WeRobotics projects with our Pacific Flying Labs. One of these entailed the use of underwater drones to study the health of coral reefs near Maui Bay. We had the opportunity to test two new underwater drones for this project: the Trident by our technology partner, OpenROV and the PowerRay by the company PowerVision. Both drones only became available a just few months ago. In fact, we were the first not-for-profit organization to gain access to the Trident thanks to OpenROV’s invaluable support. These two underwater drones are now part of the Pacific Flying Labs fleet along with 2 aerial drones that we transferred to the team in Fiji. We’re planning to provide our other labs such as Tanzania Flying Labs with underwater drones as well in coming months. So what follows are some initial observations and lessons learned in the use of these underwater drones for data collection.

The first point to note is that underwater drones are tethered unlike most aerial drones (the yellow cable in the above photo). As such, their range is limited by the length of the tether. On the plus side, the drones we tested in Fiji have 2-3 hours of battery life. Another difference between underwater and aerial drones is that the former can only piloted manually while the latter can be programmed to operate autonomously. The reason is simple: GPS is not available underwater. The underwater drones we tested in the Pacific do have various features that seek to make the manual piloting easier. The PowerRay, for example, offers altitude (or rather depth) control to keep the drone more or less at the same depth while the Trident offers a stabilization feature.

Another difference between underwater and aerial drones is that the later are almost always piloted Beyond Visual Line of Site (BVLOS) contrary to most aerial drones. In other words, one loses sight of underwater drones within just a few meters of depth whereas aerial drones can be seen from several hundred meters away. This makes knowing where the drone is relative to your position rather challenging. An underwater drone pilot will have live video footage of what the drone sees right in front of them, but that can be quite limiting when operating BVLOS. On the plus side, the Trident software does include a helpful compass feature, displaying the direction that the drone is pointing in, which is a plus. But still, manually operating a drone BVLOS whether it flies or swim is particularly tricky. 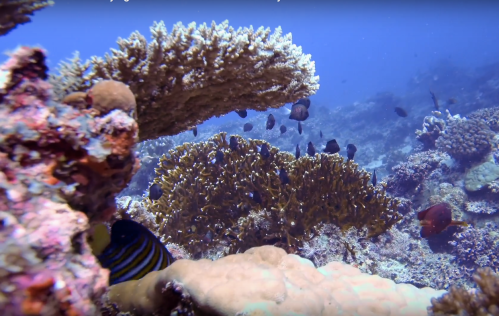 In addition, piloting the underwater drones to swim in straight lines (to do transects, for example) or to swim around a point of interest from different angles (to create 3D models or 360 panoramic photos) is equally challenging and takes some serious practice. And even with said practice, we found ourselves having to try and manually correct for invisible currents at various depths. Aerial drones can automatically correct for winds, thanks to GPS. 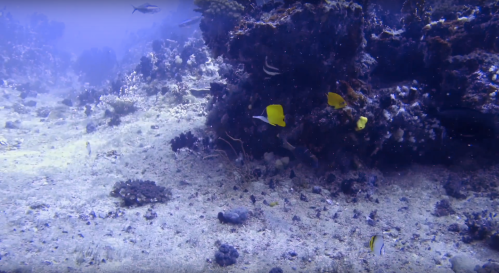 I have no doubt that like the Phantom’s 3 iterations since the first model came out half-a-decade ago, the future iterations of the Trident and PowerRay will make equally important strides. In the meantime, below are some initial recommendations based on our lessons learned. If we’re missing any, then please let us know! 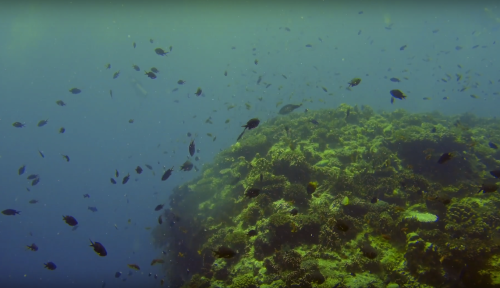 Based on this experience, here’s what we’d like to see in future iterations of underwater drones:

This entry was posted in Robotics and tagged drones, Fiji, Underwater, WeRobotics. Bookmark the permalink.