My Internews colleagues have just released this important report on the role of communications in the 2011 Japan Earthquake. Independent reports like this one are absolutely key to building the much-needed evidence base of humanitarian technology. Internews should thus be applauded for investing in this important study. The purpose of my blog post is to highlight findings that I found most interesting and to fill some of the gaps in the report’s coverage.

I’ll start with the gaps since there are far fewer of these. While the report does reference the Sinsai Crisis Map, it over looks a number of key points that were quickly identified in an email reply just 61 minutes after Internews posted the study on the CrisisMappers list-serve. These points were made by my Fletcher colleague Jeffrey Reynolds who spearheaded some of the digital response efforts from The Fletcher School in Boston:

“As one of the members who initiated crisis mapping effort in the aftermath of the Great East Japan Earthquake, I’d like to set the record straight on 4 points:

Thank you for telling this important story about the March 11 earthquake. May it lead to the reduction of suffering in current crises and those to come.” Someone else on CrisisMappers noted that “the first OSM mappers of satellite imagery from Japan were the mappers from Haiti who we trained after their own string of catastrophes.” I believe Jeffrey is spot on and would only add the following point: According to Hal, the crisis map received over one million unique views in the weeks and months that followed the Tsunami. The vast majority of these were apparently from inside Japan. So lets assume that 700,000 users accessed the crisis map but that only 1% of them found the map useful for their purposes. This means that 7,000 unique users found the map informative and of consequence. Unless a random sample of these 7,000 users were surveyed, then I find it rather myopic to claim so confidently that the map had no impact. Just because impact is difficult to measure doesn’t imply there was none to measure in the first place.

In any event, Internews’s reply to this feedback was exemplary and far more con-structive than the brouhaha that occurred over the Disaster 2.0 Report. So I applaud the team for how positive, pro-active and engaging they have been to our feedback. Thank you very much. 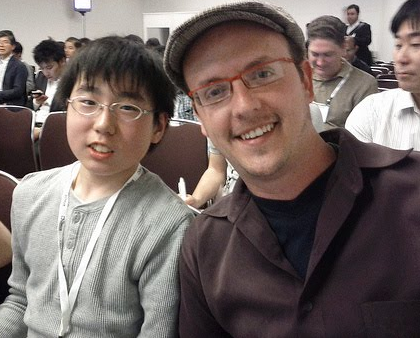 In any event, the gaps should not distract from what is an excellent and important report on the use of technology in response to the Japan Earthquake. As my colleague Hal Seki (who spearheaded the Sinsai Crisis Map) noted on Crisis-Mappers, “the report was accurate and covered important on-going issues in Japan.” So I want to thank him again, and his entire team (including Sora, pictured above, the youngest volunteer behind the the crisis mapping efforts) and Jeffrey & team at Fletcher for all their efforts during those difficult weeks and months following the devastating disaster.

Below are multiple short excerpts from the 56-page Internews report that I found most interesting. So if you don’t have time to read the entire report, then simply glance through the list below.