Crisis Mapping can reveal insights on current crises as well as crises from decades ago. Take Dr. Jen Ziemke‘s dissertation research on crisis mapping the Angolan civil war, which revealed and explained patterns of violence against civilians. My colleague Dr. Taylor Owen recently shared with me his fascinating research, which comprises a spatio-historical analysis of the US bombardment of Cambodia. Like Jen’s research, Taylor’s clearly shows how crisis mapping can shed new light on important historical events. 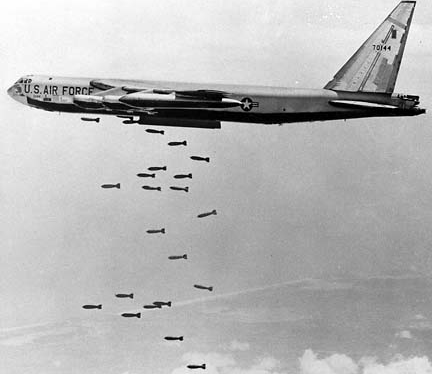 Taylor analyzed a recently declassified Pentagon geo-referenced data set of all US bombings during the Indo-Chinese war which revealed substantial errors in the historical record of what happened to Cambodia between 1965-1973. The spatial and temporal analysis also adds more food for thought regarding the link between the rise of the Khmer Rouge and American air strikes. In particular, Owen’s analysis shows that:

“… the total tonnage dropped on Cambodia was five times greater than previously known; the bombing inside Cambodia began nearly 4 years prior to the supposed start of the Menu Campaign, under the Johnson Administration; that, in contradiction to Henry Kissinger’s claims, and over the warning of the Joints Chiefs of Staff, Base Areas 704, 354 and 707 were all heavily bombed; the bombing intensity increased throughout the summer of 1973, after Congress barred any such increase; and, that despite claims by both Kissinger and Nixon to the contrary, there was substantial bombing within 1km of inhabited villages.”

To be sure, the crisis mapping analysis of Cambodia “transforms our understan-ding of the scale of what happened to Cambodia during the Indochinese war. The  total tonnage of bombs dropped on the country had previously been pegged at some 500,000 tons. The new analysis dramatically revises this figure upwards to “2,756,941 tons of US bombs dropped during no fewer than 230,516 sorties.” To put this figure into context, more bombs were dropped on Cambodia than the number of bombs that the US dropped during all of World War II. Cambodia remains the most heavily bombed country in the world.

Kissinger had claimed that no bombs were being dropped on villages. He gave assurances, in writing, that no bombs would be dropped “closer than 1 km from villages, hamlets, houses, monuments, temples, pagodas or holy places.” As Owen reveals, “the absurdity of Kissinger’s claim is clearly demonstrated” by the crisis mapping analysis below in which the triangles represent village centers and the red points denote bombing targets, often hit with multiple sorties. 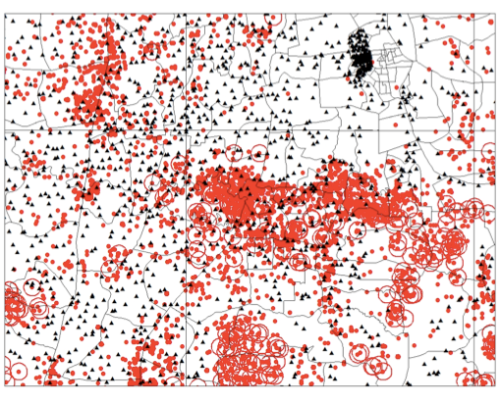 Owen argues that “while the villagers may well have hated the Viet Cong, in many cases once their villages had been bombed, they would become more sympathetic to the Khmer Rouge,” hence the supposed link between the eventual Cambodian genocide which killed 1.7 million people (~21% of the population) and the US bombing. To be sure,  “the civilian casualties caused by the bombing significantly increased the recruiting capacity of the Khmer Rouge, whom over the course of the bombing campaign transformed from a small agrarian revolutionary group, to a large anti-imperial army capable of taking over the country.”

In sum, the crisis mapping analysis of Cambodia “challenges both the established historical narrative on the scale and scope of this campaign, as well as our understanding of the effects of large scale aerial bombardment.”

I came across some interesting finds at the National Air and Space Museum this weekend. The World War One (WWI) exhibit had this large, back-lit crisis map:

Now, war maps are nothing new. In this previous blog post, I noted that, “In 1668, Louis XIV of France commissioned three-dimensional scale models of eastern border towns, so that his generals in Paris and Versailles could plan realistic maneuvers. […] As late as World War II, the French government guarded them as military secrets with the highest security classification” (see picture). What struck me about the crisis map of WWI was the text above the title: 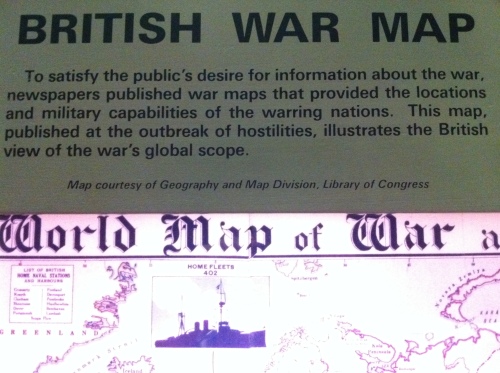 “To satisfy the public’s desire for information about the war, newspapers published war maps that provided the locations and military capabilities of the warring nations. This map, published at the outbreak of hostilities illustrates the British view of the war’s global scope.” I’m intrigued by this find and wonder how often these maps were updated and what sources were used. Would public opinion at the time have differed had live crowdsourced crisis maps existed?

Towards the end of the WWI exhibit, I came across this sign, originally posted near the entrances of the London Underground. The warning relates to hostile German aircraft that had begun to bomb London in early 1915. On September 8, a Zepellin raid on the city cause more than half a million pounds of damage. 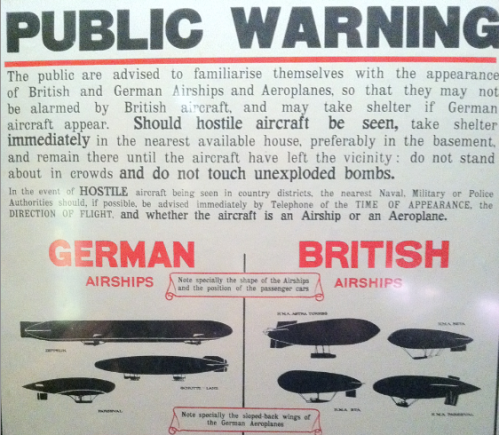 What stuck me about this warning were the following instructions: “In the event of a hostile aircraft being seen in country districts, the nearest Naval, Military or Police Authorities should, if possible, be advised immediately by Telephone of the time of appearance, the direction of flight, and whether the aircraft is an Airship or an Aeroplane.” Crowdsourcing early warnings of WWI attacks.

Know of other interesting examples of crowsourcing during the first (or second) world war? If so, please feel free to share in the comments section below, I’d love to compile more examples.

Here are initial crisis maps of Mumbai, please let me know if you know of others. 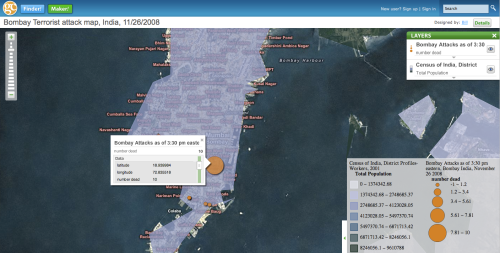 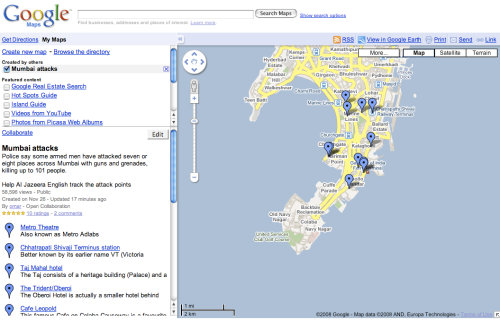